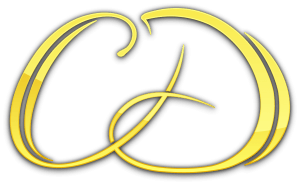 Duration
33 days (this may vary depending on diary coordination)

Number of areas you focus on (relationship, business, etc)
One

What is included
Skilled analysis of your specialised questionnaire + All of your unconscious reversals investigated, analysed and then personally explained in ‘simple to understand’ English + 3x one-on-one 30 minute specialist Mentor/Coaching sessions + 2x 15 minute one-on-one *Reversal Sessions + 2x one-on-one **Metawalks + A copy of the Metawalk Dictionary (pdf)

The ‘Inception’ package is the right one for you if …

As with the ‘Ignition Plus’ package, ‘Inception’ is a powerful process which penetrates to the core of your issue quickly, but takes it all to another level. Not only are there additional one-on-one sessions with your CRSP (Certified Reverse Speech Practitioner) for you to take advantage of, but there are also two life altering and empowering *Metawalks added too.

If your unconscious is running a negative self-sabotaging pattern, which you feel is starting to stop you reaching the level of success you desire, or your life just never seems to quite go the way you want it to, then the ‘Inception’ package is what you need to finally change your life for the better.

I will be with you and will help guide you, every step of the way.

Duration
99  days (this may vary depending on diary coordination)

Number of areas you focus on (relationship, business, etc)
One or Two

What is included
Skilled analysis of your specialised questionnaire + All of your unconscious reversals investigated, analysed and then personally explained in ‘simple to understand’ English + 7x one-on-one 30 minute specialist Mentor/Coaching sessions + 5x 15 minute one-on-one *Reversal Sessions + 5x one-on-one **Metawalks + A copy of the Metawalk Dictionary (pdf) 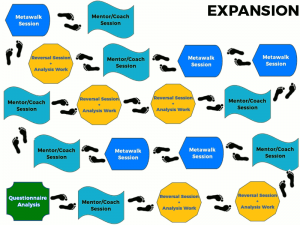 Whether you are looking to eradicate reoccurring self-sabotaging patterns which are preventing you from moving forward with your life; replace damaging emotions from your past or present, with emotions that serve you and fill you with joy and excitement; create and implant new and powerful levels of self-confidence and self-belief, so that you can grasp opportunities when you attract them; heal, enhance and grow those aspects of you which are hiding and ‘playing small’, so that you can achieve bigger and greater things; or effectively develop techniques and strategies to finally evolve your ability to prevent fear from paralysing you, but instead to make pain and fear your partners in success; this unique ‘Expansion’ package is the one created for you.

I will be with you and will help guide you, every step of the way.

*A Reversal Session is a highly powerful session designed to deliver answers and solutions to specific problems, questions or dilemmas, from your unconscious. It is 15 minutes talking one-on-one with your CRSP (Certified Reverse Speech Practitioner) about the area of your focus. This session is recorded by your practitioner and then goes through a very specific and stringent process referred to as an ‘investigation’ and then it is ‘analysed’. This takes up to an average of 3 hours to complete. Once this is done, your reversals from your unconscious would have been attained. These reversals are then written out for you in plain, ‘simple to understand’ English – giving you greater clarity and insight, plus also the right course of action for you to take.

**The term ‘Metawalk’ was coined by David Oates and is an amalgamation of two words, ‘metaphor’ (a word or thing regarded as representative or symbolic of something or someone else) and ‘walkabout’ (a rite of passage during which you undergo a spiritual journey of growth and empowerment).

So a Metawalk is a deep and skilfully created spiritual journey, consisting of multiple images of metaphors, through which one travels in order to positively grow and empower ones ‘being’.A Metawalk is like the collection of numbers, which when put together in the right sequence, with the right amount of clicks to the left and clicks to the right, has the power to unlock even the oldest and most complicated safes, whether from the past, the present or even those not yet created.

Metawalks, which are specifically created and tailor-made for an individual, have the power to rewire even the most complicated of self-sabotaging patterns which that person has been unfolding in their lives. It works on a deeper level than just basic level hypnosis, though basic level hypnosis is very useful in many situations and circumstances. The difference is that a powerfully tailor-made Metawalk works on positively changing the person’s unconscious level, rather than just their conscious or subconscious level.